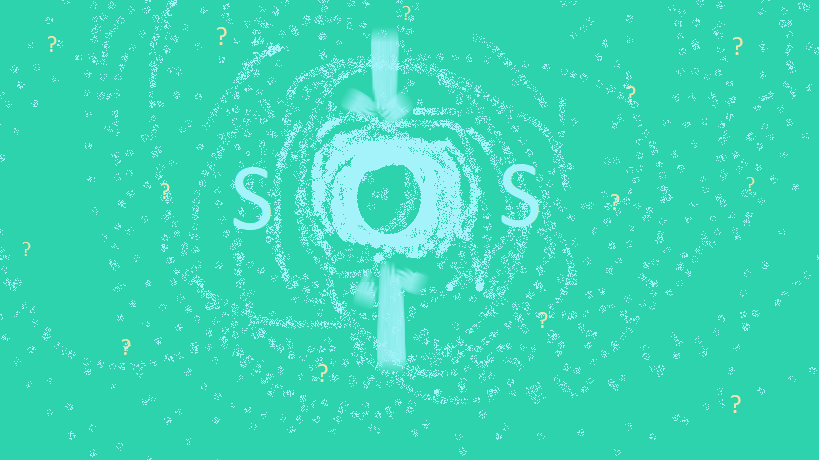 Helping others has always come naturally to me. If you need help, I’m your girl. Asking for help is a totally different story. It is something that I’ve struggled with. Luckily, my time as an outdoor education teacher taught me that asking for help is an important life skill that can be cultivated and developed.

As part of my training as a teacher at a science camp, I shadowed a couple of veteran instructors as they facilitated an initiative game. Initiative games were interwoven into the science camp’s curriculum to help set the stage for collaboration, experimentation, and inquisitive thinking. The intention of this particular game was to show the value of asking for help, but the students and new teachers didn’t know it at the time. I was as clueless as the timid third and fourth graders.

I watched as the veteran teachers prepared for the initiative game. They spread out a tarp, handed out blindfolds, went over some safety and behavior rules, and instructed the students to crawl around the tarp blindfolded until the students were able to touch the stuffed animal. Students were told that if at any point anyone needed help all they had to do was raise their hand. Once everyone’s blindfolds were secure, an instructor announced that the stuffed animal would be on the tarp. The instructor stepped onto the tarp still holding the stuffed animal, and the game was on.

The students crawled and they crawled and they crawled. At first they calmly made their way around the tarp. By their second or third time searching the tarp’s perimeter and interior, I noticed them becoming agitated. Finally, someone courageously raised their hand. The instructor who was holding the stuffed animal walked over to the student, touched the stuffed animal to their hand, and told them to go take a seat next to the tarp. Eventually, more hands were raised until a final determined bunch remained. These final few scoured the tarp several times before raising their hands.

While this was a lesson for the students, it was also a good lesson for me. As I watched the students crawl around the tarp, I wondered how long it would take me to raise my hand if I were in their position.

How many times in my life have I stubbornly crawled around in circles, wasting time and energy, when assistance was right there if I had just asked for it? Don’t be afraid to ask for help. We all need a little help sometimes. Success is there for the taking, and success can be achieved.

What are your experiences and experiments with asking for help?
Thank you for reading! I hope you have a safe and healthy week.

This site uses Akismet to reduce spam. Learn how your comment data is processed.