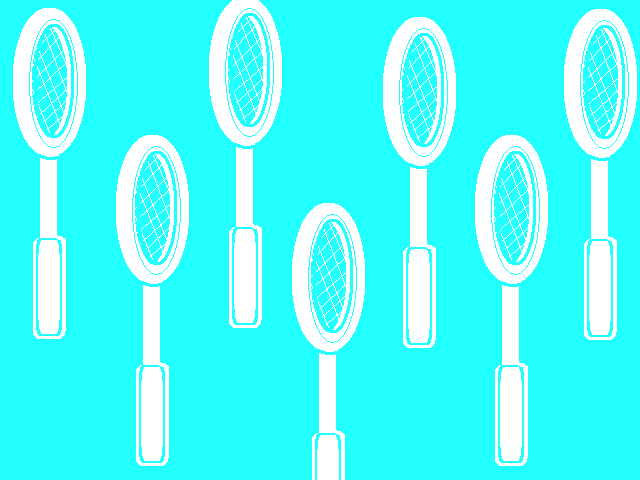 I can still vividly recall the weeks I spent playing in a badminton tournament in middle school PE. The tournament took place on courts labeled one through seven. Our teacher had randomly paired us with a teammate. We were instructed to play against the opposing team for fifteen minutes. Whichever team had more points when time was up would move up a court, and the losers would move down a court.

I was excited when I found myself paired with my good friend, and my excitement grew when I found out we were randomly selected to start on the second court.

Neither of us had played badminton before. We tried our best. We frantically ran around the court trying to hit the birdie over the net into the other court, but we kept missing — over and over and over again. It seemed like every time we managed to hit the birdie before it hit the ground, it wouldn’t make it over the net or it would fly out of bounds. It wasn’t long before we made our way to the last court — where we remained for the rest of the tournament. I felt defeated and decided that badminton just wasn’t my sport.

Years later, I wasn’t too thrilled when my high school PE teacher announced we were going to have a badminton tournament. This time my partner and I were assigned to start in second to last place.  After the middle school debacle, I wasn’t expecting to advance. Much to my surprise, after a succession of wins, we found ourselves hovering at or near the first court.

I hadn’t realized it at the time, but the tennis lessons I took the summer between the tournaments made me a better badminton player. In my tennis lessons I practiced making my way around the court, timing my swings, and aiming my shots—all skills you use in badminton.

It is easy and tempting to dismiss things that we aren’t initially good at. You may find that with a little practice, you enjoy the activity. If you’re avoiding an activity because you had an unpleasant experience that left you feeling defeated, I encourage you to give it another try.